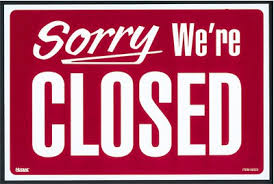 In this world with such a huge dependence on our Telecommunications it is essential we perform due diligence on the providers that we entrust these services to. This week further news of another Telecommunications company going into liquidation leaving customers with disrupted services which ultimately effects their businesses. The company is Cap Coast Telecommunications which made a voluntary decision to wind up on the 20th January 2015 with liquidator Mark Hutchins from advisory firm Cor Cordis appointed.

A Telstra spokesperson also confirmed that the Yeppoon, Rockhampton, Gracemere, Gladstone City and Emerald Leading Edge Telecoms businesses had gone into liquidation and released a statement that reads “Customers affected by this sudden and unexpected closure are encouraged to contact our friendly and helpful Telstra store teams in Rockhampton, Gladstone, Emerald and Yeppoon. Our teams will work closely with affected customers to ensure minimal disruption and inconvenience and the fulfilment of any outstanding repair orders.”

It has been reported that employees received text messages at 2am informing them that they where now out of a job.